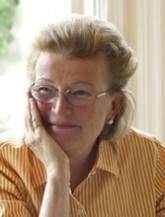 Feasting in the 17th Century

Over the course of the last 6 months, I have been involved with the Getty Research Institute quite extensively. My husband Mark and my collection of antiquarian books have been on display in the Edible Monument Exhibit and will be going on tour in the spring. As you may have seen, I have contributed to

Anne on the Getty Blog

Anne has written a piece for the The Getty Iris blog, read her take on How Raw Sugar Transformed the European Banquet.

It was November 1963 and I was living in the Château de Versailles overseeing catering for the American socialite, Florence Van der Kemp, who was married to the museum curator. The Van der Kemps were already well renowned as fundraisers for the restoration of the Château, and Florence decided to host a big traditional Thanksgiving 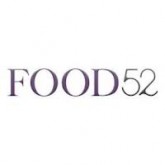 I recently shared 5 of my French kitchen pantry staples with Food52. You might be surprised at some of them, and perhaps you already have some of the same practices. Read more here. 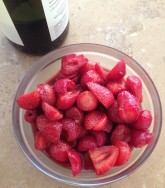 Summer Libations in the Kitchen

Auxerre, France. For many years, I was lucky enough to live for part of the year in Burgundy, where wine is not just a beverage, but a way of life. To cook with wine is as natural as adding salt and pepper, and much more fun. Our nearest vineyards, the Auxerrois, just 30 miles away

Kids in the Kitchen

Want to bring kids into the kitchen? Here’s a primer on how to do it from one who knows. Riki Senn has taught more than 1000 children in her classes at The Greenbrier resort, “Cooking is a natural for children,” she says, “but it must be set up right.” First off, each child is issued 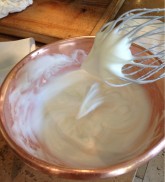 Washington D.C.  The day is doomed from the start. I sleep too long, the grapefruit juice has fermented overnight, my husband has run out of clean socks. Fate continues to deal lost emails and unreturned phone calls.  I should never have considered soufflés for supper as they were bound to collapse. It happens to us

St. Mary’s Maryland.  I’m hot on the trail of a ham. Not just any ham, you understand, but the genuine, Maryland stuffed ham described by one connoisseur as “the ultimate: moist, slightly chewy, peppery, pungent but not astringent, and with a rounded, lingering bouquet”. Well! Clearly not to be missed. This is not the first 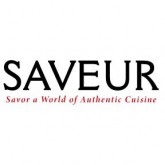 In more than 40 years of writing about food, I have never had an interview as spirited as this. I am sitting opposite Ferran Adrià, arguably the most famous—and most provocative—chef in the world, at the restaurant El Bulli, where he’s cooked for 26 years, in the seaside village of Roses, Spain. We are communicating in fractured French, mine rusty from disuse, his overlaid with the rough consonants of Catalan, his mother tongue. I am here because I’m fascinated by Adrià’s cuisine, often called “molecular gastronomy,” a term that refers to the chemical and physical processes behind cooking but is far too narrow to describe his sweeping vision. And I’m wondering what Adrià, who is 48 years old, plans to do next.