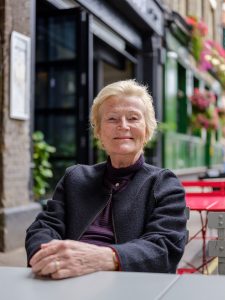 Anne Willan has more than 50 years of experience as a cooking teacher, author, and culinary historian. The founder of famed French cooking school La Varenne, Anne was inducted into the James Beard Foundation’s Hall of Fame for her “body of work” in May, 2013. She has also received the International Association of Culinary Professionals Lifetime Achievement Award, multiple James Beard Foundation Awards for her cookbooks, and was named Bon Appétit magazine’s Cooking Teacher of the Year in 2000. In July 2014, Anne was awarded the rank of Chevalier of the French the Légion d’Honneur for her accomplishments in promoting the gastronomy of France. Her more than 30 books include La Varenne Pratique, (1989); The Country Cooking of France, (2007); and The Cookbook Library, (2012).