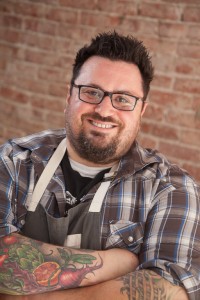 On May 9th, Bruce Kalman of Union Restaurant will bring his farm to table cuisine to La Varenne.

Since opening in March of 2014, Union has been coined one of Zagat’s Hottest New Restaurants around LA and one of Los Angeles Magazine’s “Buzziest Restaurants.” He has already received rave reviews from LA Weekly’s Besha Rodell and Jonathan Gold of the Los Angeles Times and he recently appeared on Tom Colicchio’s Best New Restaurant. We are thrilled to have this Los Angeles up-and-comer on the roster at La Varenne. Join Bruce and Anne for this intimate class of 15 just in time for Mother’s Day!